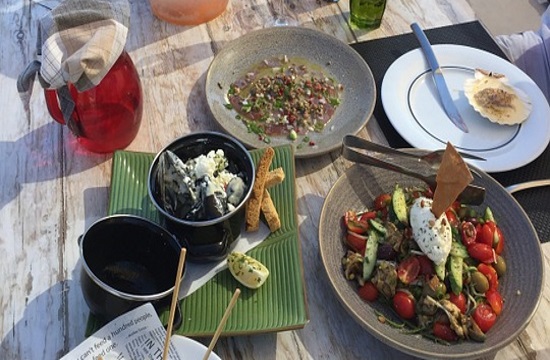 A national financing plan to support organic production worth 705 million euros will benefit more than 60,000 producers and breeders, said Minister of Agricultural Development and Food Giorgos Georgantas on the sidelines of the SerExpo fair in northern Greece, reports ANA.

Georgantas was speaking at a meeting on organic food (called “organic food” in Greek) organized by the Ministry’s General Secretariat for EU Resources and Infrastructure and the Chamber of Serres.

The minister indicated that of the 705 million euros, 305 million euros were for organic farming, he added. “The biodiversity of the Greek soil has anyway produced a unique Greek meat in terms of taste and quality – it would be wrong not to support the development of organic livestock,” he stressed. Greece is able to adapt its production to the objectives of the European Union for organic products and would also have a competitive advantage with its organic products abroad.