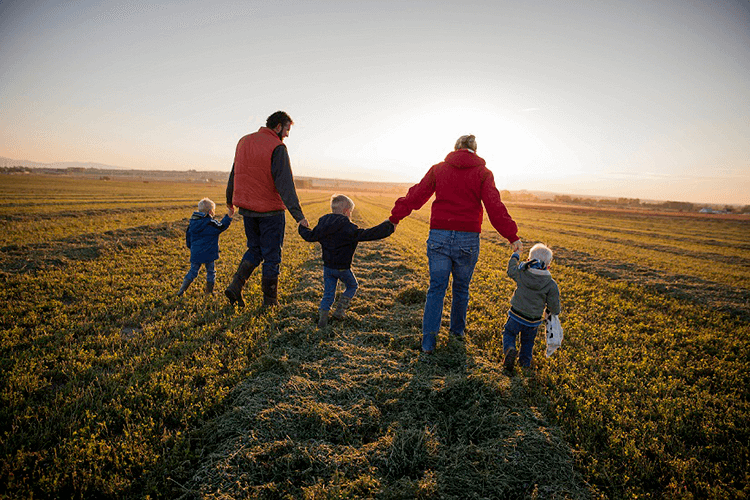 An advocate of this transition in the 1970s, former US Secretary of Agriculture Earl Butz said farmers had to “get big or get out”. Since then, the average size of US farms has increased.

As the graph shows, these gains are the result of the disappearance of the medium-sized farm; small family farms have remained relatively constant. Today, 1% of US land is dedicated to organic farming and ranching. But because of the perceived health benefits, organic outperforms its weight class. Its purported benefits to the earth, particularly for soil quality and the provision of “ecosystem services” (fertilization, pollination, weed and pest control), are captured in the USDA’s National Organic Program.

As the graph shows, smaller farms used more agroecological practices, but a larger gap was found as farm size increased. 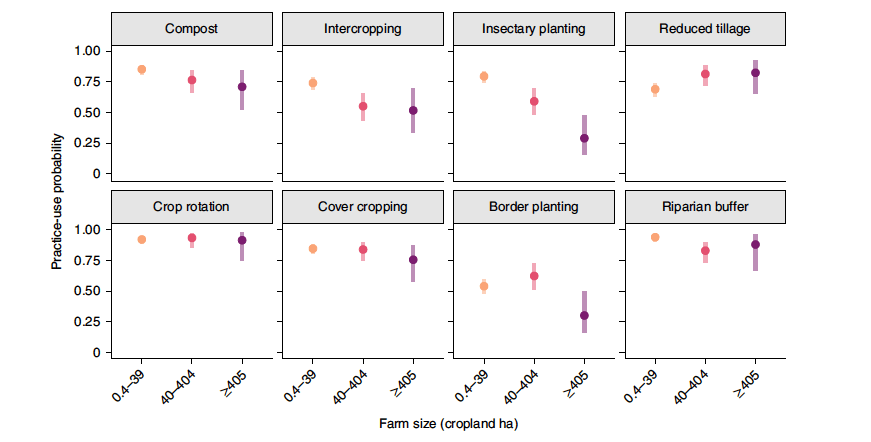 Due to the scale of large farms, the use of border and insectary planting was inefficient; attracted insects did not penetrate the center of the fields. On the other hand, large farms had the capital to invest in machinery to reduce tillage, which meant more manual labor for small farmers. 54% of small farms used little mechanization, and only 3% of large farms were not mechanized.

The scale makes the difference

The ability to scale results in fewer agroecological practices being followed, but in return there is a larger market and the ability to achieve the various organic certifications (as Dr. Caldwell wrote). The small farmer does not have access to larger markets and is destined to sell primarily within his community. Plus, they don’t have the margins to complete the organic regulatory paperwork, while ironically being more “organic” than those big farms. As in many industries, the biggest enemy of small business is big business.

Dr. Charles Dinerstein, MD, MBA, FACS is the Medical Director of the American Council on Science and Health.

He has over 25 years of experience as a vascular surgeon. He earned his MBA with honors from George Washington University’s MBA in Healthcare program and has consulted for hospitals.